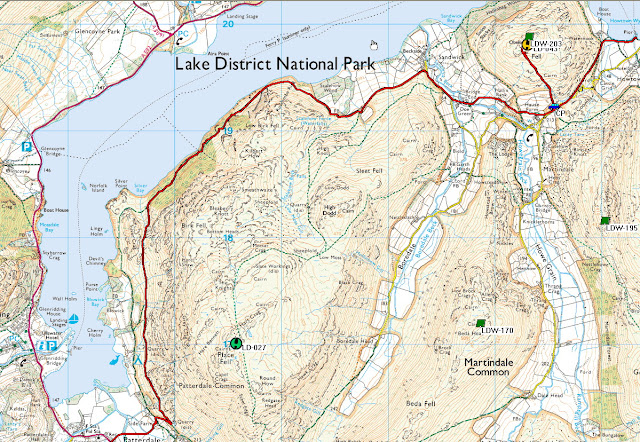 This activation was completed with members of the Ryedale Walking Group. We were staying for the week at the Patterdale Hotel. On 16th September we walked to the ferry station at Glenridding on Ullswater and caught the steamer across the lake to Howtown.
﻿
From Howtown we climbed Hallin Fell LDW-203. With such a large group the activation needed to be completed quickly on 2m FM. The Penrith stations of G4WHA/M G0TDM G7GQL GX0ANT AND G6SMW/M were the only ones contacted, proving once again that it is difficult to radiate signals on VHF from Hallin Fell which is surrounded on three sides by the much higher fells in the Eastern and Far Eastern areas.
The wide grassy path to the top of the fell was used for access and the group came back down the same way. We then continued on the walk back to Patterdale on the Ullswater lakeside path with Place Fell above us.